Children’s Castle – from a shelter to paediatric neurology and psychiatry

The operations of Children’s Castle began in 1917 when Sophie Mannerheim and her friends established the Äidinhoitoa lapselle (‘Mother’s care for children’) foundation and rented out facilities for its operations. At first, Children’s Castle served as a shelter for single mothers, but its operations expanded significantly in the 1920s. When Arvo Ylppö joined the foundation, Children’s Castle began to be developed into a children’s hospital and a training facility for paediatric health care professionals. Under Ylppö’s direction, Children’s Castle established the first maternity and child health clinic in Finland and started training paediatric nurses. Thanks largely to these efforts, Finland soared from the level of the a developing country to one of the top countries in the world when it comes to children’s health.

Nowadays there are only a few paediatric neurology and paediatric psychiatry wards and consulting rooms left at Children’s Castle, as its operations have been winding down since the completion of the New Children’s Hospital.

The Children’s Hospital and Children’s Castle have a long and illustrious history. Nowadays they provide some of the best treatment and care in the world. However, the condition of their facilities no longer met the demands of modern treatment, due to which the hospitals were subject to constant renovations, indoor air problems and evacuations in recent years. The facilities were cramped, there were too few toilets, and parents could not stay with the young patients overnight. The need for a new children’s hospital was urgent, which is why action had to be taken immediately. Source: Hospital District of Helsinki and Uusimaa

What if we worked together to build something truly valuable?

The old hospital building was causing tangible problems for the young patients and the staff of the Children’s Hospital and to the parents of children. A survey completed in December 2011 by HUS concluded that the need for a new hospital was urgent. The facilities of Helsinki’s Children’s Castle, originally built in the 1940s, were simply inadequate for meeting modern needs. The idea ‘what if we worked together to build something truly valuable?’ was born.

In February 2013, the Support Association for the New Children’s Hospital 2017 launched a fundraising campaign for the construction of a new national children’s hospital. 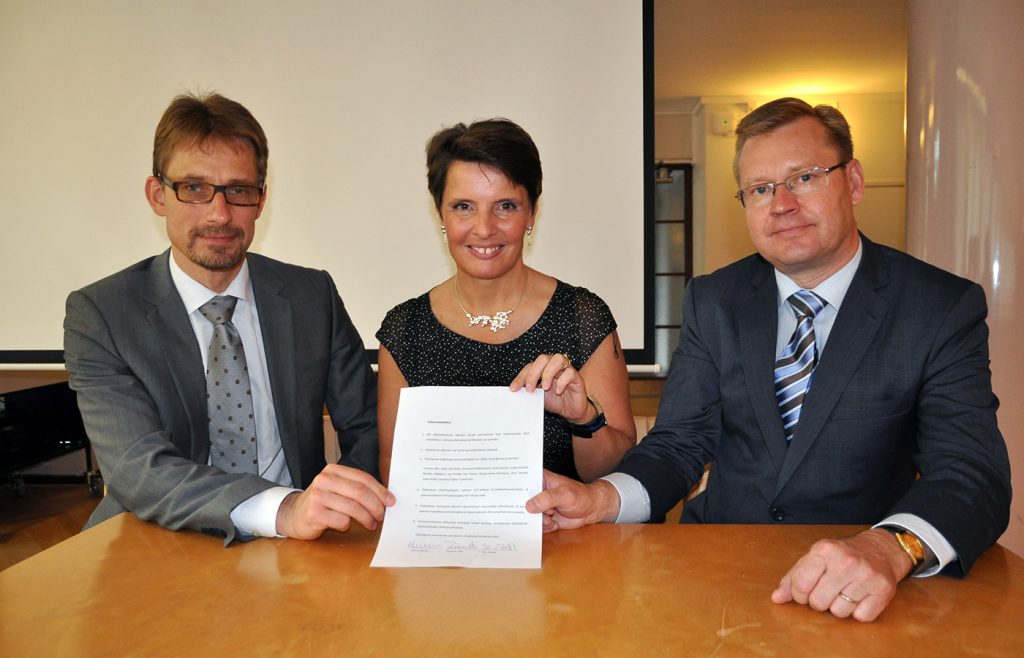 Establishment of the support association

This EUR 30 million public fundraising target was reached in August 2014, but the work and collection continued, as many individuals, companies and communities wanted to donate funds for the construction of a new children’s hospital even after the fund-raising campaign. By the expiration date of the collection permit on 31 July 2015, the donations totalled approximately EUR 36.5 million. Every euro past the EUR 30 million collection target reduces the project’s need for external capital, meaning loans.

The need for a new children’s hospital was urgent, but without private funding its construction would have been delayed far into the future. This is why it was decided that part of funding for the public hospital would be collected from companies and private individuals, which was a first for such a project in Finland.

Donors – list will be completed later for individuals and campaigns

With the help of these donations, Helsinki gained a new expert unit focused on specialist health care for children. The construction of the hospital began in August 2014.

The Support Association for the New Children’s Hospital 2017 was established in 2012. Its tasks were:

Anne Berner served as the chair of the association for the entire duration of the project.

In accordance with its rules, the association operated in close cooperation with HUS. The board included the Children’s Hospital’s Medical Director Jari Petäjä and HUS’s Chief Medical Officer Markku Mäkijärvi. The support association was disbanded in 2018 when the hospital was completed.

The foundation is the developer and property owner of the New Children’s Hospital. The foundation will continue to operate actively even after the completion of the building.

Without private funding, the building of the New Children’s Hospital would have been delayed far into the future – together we have built something truly valuable.

The foundation’s vision, goals and purpose.